Speeding tickets are a tricky thing. We get irritated and possibly chagrined when issued a rare speeding ticket, even though most of us are normally law-abiding citizens. But we become indignant when someone else offers a blatant disregard for those same speeding limits. As it turns out, Texans seem to share these exact sentiments with former United States President Ulysses S. Grant, who had a foot in both camps as the head of the federal government who was once arrested for speeding through town in a horse drawn carriage.

According to an early twentieth-century edition of The Washington Evening Star, in the year 1872 a particular intersection of Washington experienced an increase in speeding via the original form of horsepower.  A police officer who is said to have fought in the Civil War was interviewing witnesses of a prior incident when another horse-drawn carriage came racing through town. The officer stopped the carriage for a warning and was surprised to find it driven by none other than President Grant.

The President reportedly apologized for his infraction and continued on his way. However, Grant’s love for horses and speed apparently could not be curbed, as the following evening, he was stopped again for the same offense at an allegedly even higher speed.

Can you relate? According to state traffic records, many of us can. The Houston Chronicle reported in December of 2017 that the Texas Department of Public Safety sent them records of over two hundred of the fastest speeding tickets issued that year. All of them were clocked at speeds above one hundred twenty miles per hour. One of those tickets was issued for a speed of one hundred eighty-one miles per hour. And just in case you didn’t know, at that time the fastest legal speed limit to be found in Texas was a mere eighty miles per hour.

Our current transportation methods may be vastly different than President Grant’s, but regardless, some Texans certainly appear to share his affinity for speed.

What are my Options if I Get a Speeding Ticket in Texas?

If you are issued a speeding ticket in the State of Texas, you can always resolve it with the designated traffic court by pleading guilty or no contest and paying the ticket. BEWARE!!  This is not advisable in almost every case.

Court personnel are trained to tell you they cannot give you legal advice. Yet many court clerks are encouraged to tell you paying the ticket will “take care of the ticket.” THIS IS LEGAL ADVICE, AND IT IS BAD ADVICE AT THAT. They make it sound so simple, and with modern technology, you can pay online and think the matter is closed.

But what the court clerk does not tell you is what happens once you pay the ticket. They don’t tell you that by pleading no contest and paying the ticket, you are convicting yourself of the offense listed on the ticket. They don’t tell you that a no-contest plea is the same thing as a guilty plea, that you just convicted yourself, that the court automatically sends a record of the conviction to the Department of Public Safety, and that DPS permanently places the conviction for that offense on your driving record.  Neither do they tell you that automobile liability insurance underwriters will be able to see these convictions when determining whether they will insure you, and how much they will charge you for the privilege of providing you with state-required insurance? Or that potential employers, police and prosecuting attorneys will use this information. Or that certain convictions will result in automatic license suspensions or require you to maintain prepaid SR22 liability insurance for a period of time. Even electing defensive driving to dismiss a ticket is shown on your driving record.

Drivers who choose to plead guilty or no contest and pay their tickets, or who elect defensive driving, are giving themselves legal advice, and are doing so at their own risk.

Why Hire a Traffic Ticket Attorney?

Hopefully, receiving a speeding ticket is not something you experience on a regular basis. There are those who do receive speeding tickets on a rather frequent basis. In either case, it is probably wise to hire a reputable traffic ticket attorney. Even most seasoned criminal defense lawyers who represent the worst of mankind do not venture into traffic court without a good traffic ticket lawyer. Why is this?

What to Look For in a Traffic Ticket Attorney?

What President Ulysses S. Grant Did About His Ticket

Sometimes we are lucky enough to receive only a warning from police offers and a stern reminder to watch our speedometer and posted speed limits more closely. For the first offense, President Grant was given just that, a word of warning and a reminder to slow down.

However, after being caught speeding for the second time in as many days, Grant was forced to accompany his arresting officer back to police headquarters and allegedly pay twenty dollars in collateral. According to The Washington Evening Star, his trial was held the following day in which more than thirty ladies of good character testified against speeding drivers, of which Grant was one.  Eventually, the judge is said to have fined these lawbreakers heavily and offered them a few choice words.

So what did President Grant think of that courtroom experience? That is a question we may never know the full answer to because he never showed up for court.

What the Modern-Day Speeder Has in Common With Former President Grant was last modified: October 23rd, 2019 by Robert Eutsler 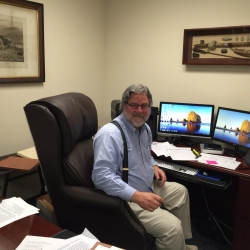 About the Author: Robert Eutsler