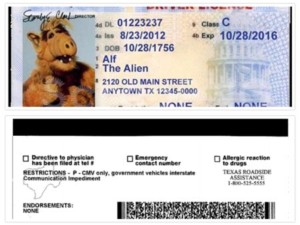 Driving in Texas is not a right – it’s a privilege. As such, it can be taken away at any time if the license holder demonstrates that they are a threat to others on the road. However, in many cases, someone loses their license due to administrative or comparatively minor offenses. And even when someone has committed a more serious offense, like driving with a suspended license, there are options in possibly reducing or eliminating the accompanying penalties outright. As with every legal matter, it’s essential that anyone facing driver’s license problems seek assistance from an experienced attorney.

What can cause problems with a driver’s license?

Invalid license, suspended license, revoked license, canceled license, expired license – these terms all sound alike, but there are some important differences between the three. This is what they mean:

Clearly, there are many reasons why the state may suspend or take away a person’s ability to drive. It’s also clear that losing driving privileges greatly complicates day to day life. For this reason, anyone dealing with driver’s license problems are encouraged to seek assistance from an experienced attorney. Attorneys that specialize in license and traffic violations can often restore at least some of a client’s driving privileges, even if they have already been convicted of an offense resulting in a license suspension.