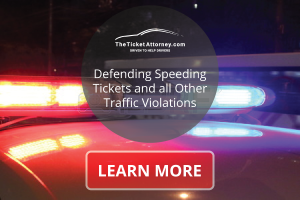 According to Texas law, a race is defined as the use of one or more vehicles in an attempt to:

Also considered prohibited in the racing law is a vehicle speed competition or contest, a drag race or acceleration contest, and a test of physical endurance of the operator.

Reckless driving, on the other hand, is not a competition like racing. It is, generally, operating a car, truck or motorcycle with “willful and wanton” disregard for the safety of persons or property. Usually reckless driving involves some combination of extremely high speed, especially relative to the other traffic, weaving in and out of and passing other traffic, and cutting people off sufficient to cause sudden braking.

It wasn’t too long ago that police would stick a street racer or a reckless driver with a ticket and send them on their way. As was mentioned above, times have changed, though, and police, judges and juries are much tougher on people than they used to be. In fact, people charged with first offense racing face up to six months in jail and a fine of about $2,000, and a one year license suspension. Reckless driving does not result in a license suspension, but it does carry up to a 30 day sentence and $200.00 fine. Do not forget that convictions for either of these will appear permanently on both a driver’s criminal record and their Texas driving record. Convictions will therefore be visible to liability insurance carriers, employers and others who have a legitimate right to view driving records.

Clearly, it is in someone’s best interest to avoid a conviction, and that takes some understanding of how the system works when it comes to racing. First and foremost, it is up to the state to prove that the defendant was actually racing, using the criminal law’s definition.

What should be clear here is that proof of racing conviction is largely dependent on the driver’s state of mind, which is almost always a matter of circumstantial evidence unless the driver admitted racing to the officer. There may be a perfectly innocent explanation for why two or more people may appear to be racing, but actually aren’t. For example, a driver may have a friend or coworker driving alongside in order to listen for some odd mechanical noise, or to make certain diagnostic observations as they speed up together. Or, a driver may simply be in a hurry to get somewhere, and speeds next to a stranger in the lane to one side.

Even if someone is truly racing when they are caught, the state still has to prove the elements of racing beyond a reasonable doubt. This is where an attorney versed in trial tactics and who can connect with a jury will make a world of difference. The burden of proof weighs heavily on the state, as it should. The driver is presumed innocent, so it is usually imprudent for the driver to testify in a trial.

Consider what an experienced legal professional brings to a case:

Usually, racing detentions are made based on short-lived personal observations, sometimes captured on a dash cam. There is no long investigation process like you see on TV. Instead, the officer may ask a few questions in hopes of getting confession. But obviously, the officer thought t was a race just by watching and jumping to conclusions. It will look like a race and sound like a race. But many times there are other reasons that two cars look and sound like they are racing. This is why perhaps the most important thing an attorney will communicate to a jury is that the defendant must be presumed to be innocent throughout the trial and into the jury deliberation room. Explaining bedrock Constitutional rights during the jury selection process, such as how the presumption of innocence works in practice, and how it relates to the state’s the burden of proof and the right to remain silent, is perhaps the most important skill the trial lawyer must have. Even if it looked like a race and sounded like a race, the prosecution must overcome the presumption of innocence, and the burden is always on the prosecution. In a racing case, the presumption of innocence requires the jury to have the mindset at the outset that the police officer’s conclusion that a race was witnessed is erroneous. This is why a defendant never has to testify. The jury must presume the defendant’s testimony will support actual innocence. Good trial attorneys know how to prepare a jury to accept and apply these bedrock Constitutional principles in practice. If a jury does not understand them, then individual jurors will likely presume guilt instead. Unless the criminal defense lawyer adequately educates the jury members on how these principles protect us all from wrongful convictions, the attorney has done a disservice to his client.

But even when a case appears hopeless for the defendant, an attorney may still be able to help blunt the worst consequences. Clever negotiating can possibly help a client avoid a conviction, and jail time. For example, sometimes it is possible to reduce a racing or reckless driving charge to simple speeding. It all depends on the particular circumstances.

Street racing may seem harmless, but the law and society do not see it that way.  Just as no two cases are alike, so no two lawyers are the same. The right attorney can make all the difference in the world.